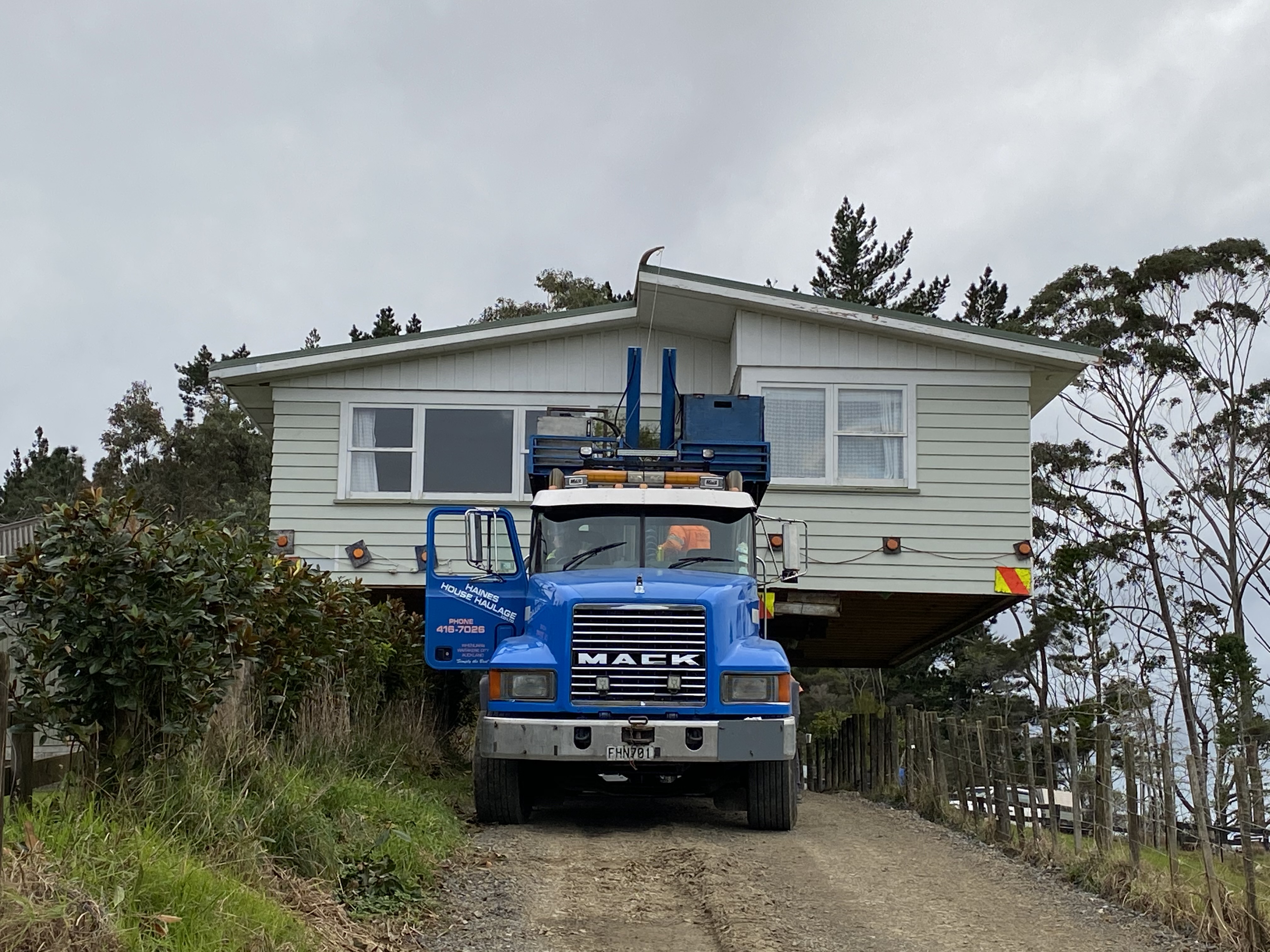 Buying a piece of land and moving a house on to it has become not only a business for many, its a part of the New Zealand way of life. The Haines name has been moving homes for over forty-five years.

Our clients at Haines relocate houses and buildings for sorts of reasons. Greg Hahn of Haines says there are huge cost savings to be made in relocating a house as compared to a new-build, especially if you are prepared to do some tidy up work yourself.

Over time we provided houses for clients that now enjoy healthy rental returns from up to ten houses. They have their formulas and they stick to them.

Old house enthusiasts are often motivated because it’s been a dream to live in a character home in the country. First and second home buyers do it because they can often get more bang for buck and with non-bank lending its much easier to do.

Auckland is now a sea of small developments where houses are moved to the front or back on one section to make way for another dwelling. Families are also relocating relatives to the back of a section.

Houses with concrete floors and two-storey houses are more difficult but not impossible. They do however end up more costly. There is no such thing as an average or normal house removal. They are all different, all with their own sets of challenges.

We recommend contacting a reputable house moving company as the first step. That’s a company that owns their own trailers, trucks and yard, not a broker. Some house moving companies have houses in-stock or know where a particular style of house may be found.

Greg says “many of our homes don’t make the market or are not advertised because we have clients looking for something specific. Its sometimes better than having a yard full of houses with limited choices”.

As part of the process Haines applies for all of the transportation permits from organisations such as Telecom, LTSA, Toll NZ and every electricity lines company along the proposed route. The local council will require building and possibly resource consents to place the building on its new site.

Seeing an old house re-sited gives you a great deal of satisfaction, especially if the customer has saved money and we’ve created a home.

previousWhat is a Geotech Report?

What is a Geotech Report?