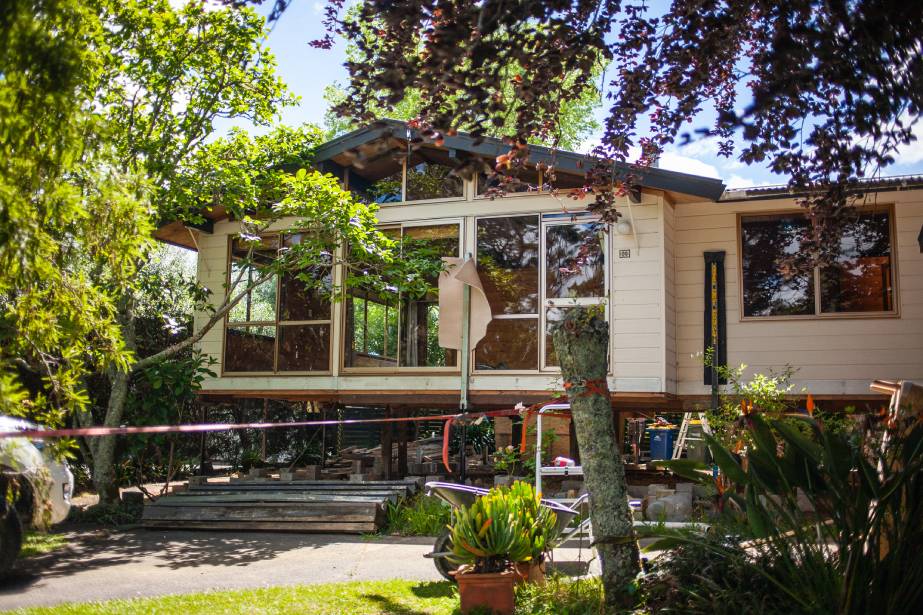 With New Zealand’s ever-tightening housing market, this saying has never been more relevant. When people buy homes, their first deciding factor is the home’s location. You can compromise on the house, but you can never compromise on the location. This may be due to simple things such as it being a manageable commute to your workplace or children’s schools, or fitting into your lifestyle factors such as being near a beach or a particular community that you’re a part of. Either way, often the location of a home is more important than the home itself.

The caveat is that some of the best locations in the country have long been claimed by older homes that sometimes lack some of the space and modern-day commodities that many of us are used to. There may be nothing wrong with the house itself, it just no longer serves the needs of the current homeowner… however, they are reluctant to leave their section of land, which might be in the perfect location for their lifestyle, and finding a suitable house in an equally convenient location is impossible.

Out with the old, in with the new. Sometimes the only option is to build a brand new house in the same location, but this involves one major hurdle – getting rid of the current house that stands on the section.

Most people’s knee-jerk reaction is to demolish the old house. But is there an easier way? It pays to be aware of all the difficulties and challenges involved in demolishing a house.

The Challenges and Difficulties Daced When Demolishing a House

The first and most obvious challenge when demolishing a house is the high cost. The price of demolition has risen significantly over recent years, making it an increasingly expensive process. Not only do you have to factor in the cost of the actual demolition itself, but also the associated costs such as landfill charges, council fees and asbestos removal (if your home was built before 1987).

Once you have decided to go ahead with demolishing your house, there are a few logistical challenges that need to be considered. The first is finding a reputable and reliable demolition company. This is not always an easy task as there are many companies out there that claim to be experts in house demolition but don’t quite live up to their promises. It pays to do your research and get quotes from a few different companies before making a decision.

Another logistical challenge is gaining the necessary permits and approvals from your local council. This can be a time-consuming process, so it’s important to factor this in when planning your demolition.

The final challenge of demolishing a house is dealing with the debris and rubble that is left behind. Depending on the size of your house, this could be a significant amount of waste that you need to dispose of. You will need to arrange for a skip bin to be delivered to your property and make sure that all the rubble is disposed of correctly.

Skip the Demolition - Sell Your House To Removal Homes

There is an easy way to make way for a new build. One that not only is quick but one that puts money directly into your pocket. Sell your home fast by selling it to Removal Homes. We are expert house movers that handle the entire process, from planning and consent through to lifting the house off its piles, placing it onto a truck, and transporting it off the property. Not only will Removal Homes handle all the logistics of removing the house, but we will also purchase the house from you so that we can take it to our lot in Whenuapai to sell it to a new homeowner that it might be perfect for.

Not only does this benefit you financially and save you a significant amount of time avoiding the demolition process, but it also allows you to take part in contributing to a sustainable housing practice for New Zealand. Your home may no longer suit your needs, but to someone else, it may well be their dream relocatable home – it would be a shame to demolish it!

If you are interested in finding out more about how selling your home to Removal Homes can benefit you, please get in touch with us today. We would be more than happy to discuss the process with you and answer any questions you may have.

previousMoving a House on a Truck

Moving a House on a Truck

Save Money and Time on Your Renovation With a Removable Home

How a House Removal Service Works

We Buy Homes - Get Quote

We Sell Homes - Get Quote

We Move Homes - Get Quote